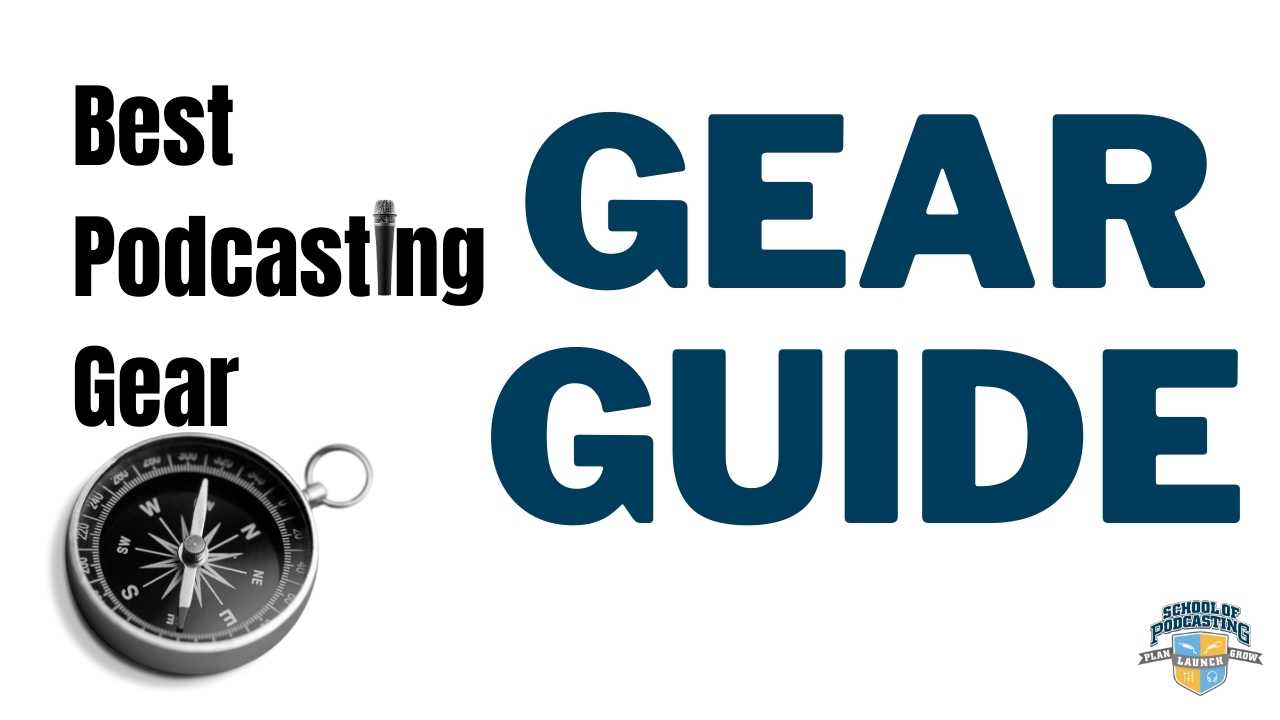 I'm doing more interviews in person and on the go, so I looked at the Rode Wireless Go, but it seemed you always needed your phone or computer to adjust the settings. Then I heard about the DJI Mic, and watched a few videos, and I was hooked.

For me, it was about the ability to be hyper-portable and ready to go at a moment's notice. I've also got a ton of battery life as the case charges the mics and receiver when you're not using them. You can also power all of those via USB C.

No lav is going to sound good as a dynamic mic, but I watched a ton of videos comparing the DJI Mic vs the Rode Wireless Go and while I thought the Rode system has a little more clarity, I didn't feel it wasn't something I could solve in post (let's face it interview ALWAYS need editing) so I opted for the ease of use, and its been very easy.

This lav set sounds great for being $40 or less. It comes with two lavs with 12 feet of cable each, along with a splitter, and a nic little bag to take it with. If you're looking to do in-person interviews on the go, and don't want to have to bring stands, windscreens and more, this is a very affordable solution. (and just as good as a Rode smartlav)

MY Money Was Used

Full disclaimer I bought the DJI Mic with my own money via sweetwater ( I love their payment plans). This post contains affiliate links and I may receive compensation if you purchase anything using these links.

This podcast is part of the Power of Podcasting Network

Hey, welcome to Best podcasting gear. I'm Dave Jackson from the School of podcasting.com. I bought some new gear and thought I would tell you about it. It is the DJI mic. And I feel like I've never heard of DJI they are really known for their drones. And I know you're like, Well, you bought a microphone from a drone company. Yep. And I'll explain why here are some of the features of a number one 250 meter wireless transmission range, there's the drone part. So if you're a person that wants to go out, especially if you're doing video, you set up your camera, and then you want to run way down there to get a shot, you can do that and not have to worry about not picking up the sound. It has a compact build that makes for a super easy travel solution. Now that's one of the biggest reasons why I bought it is because I'm doing a local show for a city that I live in. And I wanted to do more mobile recordings. And so I did one and it was super simple. I basically clipped one, because it comes with two mics, and then a receiver. And you can have those mono, you can have them stereo, you can adjust everything. And I walked in, I put it on my guest, I clipped one on me, I plugged the receiver into my phone, I hit record. And we're all good to go. Now what's really cool is you can also record on the actual microphone, a ton is something ridiculous, like 18 gigs of space on this thing. So you can have a backup. You can also have it record a safety track. So if you're doing something and it's one time only, you could turn this on, and it will record a second version of whatever you're recording at a minus 10 DB so that if it's something and it gets too loud, and all of a sudden starts peeking, you're like, Ah, crap, we got a bunch of distortion, your safety track, we'll have that. Hopefully at a great level, that's not all distorted. Again, it's got dual channel recording features to omni directional transmitters, perfect for studio podcast and interview recordings. And what's really cool about this is it comes in this compact recording case. And that's what's really cool about it because you can basically provide 15 hours of battery life, because you could basically run the transmitters dry, plug them in the case, it'll record it or recharge them. And then what's great about this is while you're doing the recording, you can recharge the case, so you can really just keep going on and on forever. This is one of the reasons because you might be going well, why didn't you go with like the road wireless go? Nothing against that system. It sounds great. It's $100 Cheaper this one clocks in around $300. But this is why I like it, the touch screen receiver offers an easy to use interface for controlling your system settings with the road wireless go, you have to have things with your phone or your computer, this I control everything on the go, I don't need to be anywhere near my phone. And so when I did this interview, in the reason I brought my phone was to use it as a big recorder. But if I had something like a zoom h1, I could plug the receiver into that and record it that way. It does have a USB receiver with again, a 3.5 millimeter TR s ports that offers the versatility and the compatibility with most smartphones and computer devices. And so you'll hear it here in a second. And like I mentioned, it has a safety track, but it comes in a case you've got to and don't get offended by this, but they call them dead cats. It's a little wind screen that you put over the microphones, you've got the ability to plug it into an Android or an iOS device, you've got a TR s cable to plug it from the receiver into your phone into your recorder. And so right now I'm using a Shure SM seven B but I'm gonna go ahead and unmute this. And you will hear there we go. And we turn this off. Now obviously, it's a omni directional microphone, so we're gonna have some more room noise than I do with the SM seven B but this is what's great about it is it you simply clip it on or sometimes when you click on something, you end up kind of messing up the top of somebody's shirt or blouse or whatever it is. And so this comes with a really powerful magnet. And you can actually slide this down to the middle of their shirt and then just stick it on the magnet that's on the other side of the shirts. So multiple ways of plugging this in but it is worry free wireless. And so again, this is the DJI Mike I'm gonna go ahead and go back to the s them seven B. And so why I liked this as well is, as you heard it's omni directional. So it is going to pick up a little more around where the obviously comparing this to when SM seven B is not fair. But I could walk around with just one receiver or one transmitter. If I'm at an event, put it between the two of us. Now again, you're going to pick up some real noise when you do this. But literally, this thing's the size of your thumb. These are small transmitters, and I can record it right there, I

wouldn't have to bring the transmitter, I wouldn't have to bring a recorder, I could just walk around with one of these and hit record. And then they do have a USBC connector. So if you want to download the files off the receiver, you could do that. So super versatile. And I've tried it a few times on my YouTube channel. Because you know, some people I think it's kind of weird that they're like, ooh, your microphones in the shot. I'm like, I'm a podcaster. I'm supposed to have a microphone in the shot. But I've used it on my YouTube channel. I've used it on a couple other things. And so some of you might be thinking, Okay, I've been thinking of going to a lavalier maybe not wireless. And so I want to compare this microphone now to some inexpensive lavalier mic. Alright, so this is the it's from a company called power to wise, you get two lapel mics with a six and a half foot cord, plus two, six and a half foot extension cables plus a y connector. The idea is you take these you either plug them into your camera, or your phone and you can record pretty easily. And I'm amazed this goes right now, for around $36. It kind of varies anywhere from $40 down. And I'm amazed for a lavalier mic Now granted, it's not really fair, we're comparing it to a Shure SM seven B. But this is a $40 wired microphone. Now I'm going to switch back to the DJI mic. And so this is the DJI mic. This is wireless. Granted, the $40 Lab doesn't have any kind of recording capabilities, I need something to record it with it doesn't have any kind of safety track in case I'm recording somebody a little too hot. And I've got to put up with cables, which means you know, it gets a little ugly, but I'm also saving myself $260 depending on what you're looking at. Of course, if you need a recorder, you go zoom h1. Now we've got $100, so 140 into it instead of the DGI mic, which is around 320 I believe at this point. And of course I always recommend Sweetwater because they do have that 90 day almost same as cash deal going on. I actually have the new blue mic, it looks a lot like the SM seven b I'll be talking about that the blue Sona, that'll be another episode in the future. So this is the DJI mic. And again, it's pinned right at the top of my shirt. And if I were to go back to the SM seven B, it would sound like this. And that's where it's just not fair to compare microphones like this. But you know, any lav mic that doesn't matter what it is, is not going to sound as good as say a Samsung Q to you a electro voice re 320 They're just not but they're convenient. They're you know, there's no stand needed. If you have especially for interviews of people that can't stay on mic. A laugh sometimes can be handy in that way. So I've links to everything out at best podcasting gear. In fact, if you go to Best podcasting gear.com/eleven That'll take you right to this episode. I do have some more gear as I mentioned, I bought the new blue. We're going to be talking about a bunch of different things that I've been playing with, as well as so far I've really been focusing on hardware, and I'm also going to talk about some plugins and other gear that you can use to make your podcast everything is out at best podcasting gear.com I'm Dave Jackson from the School of podcasting.com wishing you happy podcasting 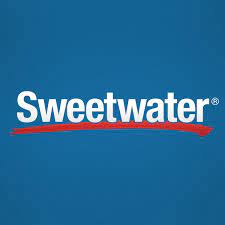